She campaigned for good public housing in the borough, as well as education and health improvements - long before the welfare state was established.

The fountain on the Common was dedicated to her in 1960 after she died, acknowledging her services to health and housing.

Cllr du Vergier was also a teacher, a founding member of Hackney North Labour Party and of the National Association of Labour Teachers, which formulated much of Labour’s post-war education policy. She is also one of the few people to have been given the Freedom of Hackney – the highest award in what was then the Borough of Hackney, before the creation of the modern local authority area in 1965.

A portrait of her hangs in Hackney Town Hall (the link is to the Hackney Gazette. You need to scroll down the article to find Florence).

Popular posts from this blog 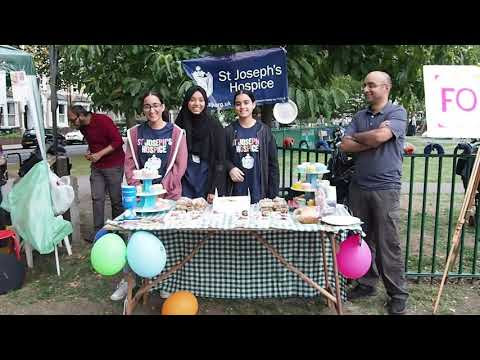 The Stoke Newington Common User Group (SNUG) are local people who give their time to look after Stoke Newington Common. We believe that open, public, green spaces are priceless. People need nature and nature needs us to protect it. SNUG volunteers  work closely with the London Borough of Hackney and other local groups to p rotect and enhance the Common environmentally , and ensure it can be enjoyed by everyone.  Please get in touch if you would like to help in any way. Email: snug.n16 [at] gmail.com Watch a short video about SNUG's work: As it is a Hackney park, if you notice any damage, fly-tipping or large amounts of litter please contact Hackney Council , tel 0208 356 8428; email   parks@hackney.gov.uk; or download this Love Clean Hackney app to report directly
Read more
By Snugger

Green Resolutions for 2021   Spend 2 hours in nature each week   Visit all of London’s parks   Join a local volunteer group.   Pick up litter from your local park.   Go on an awe walk a couple times each month.   Donate to a London nature trust / charity   Be able to name the 20 most common birds in London   Be able to name the 20 most common trees in London   Gain the trust of a bird or squirrel (proceed with caution)   Plant a bulb, some seeds, a plant, or a tree each month.   (Adapted from Nature of London No. 5 -  https://nature.substack.com/people/20910058-nature-of-london
Read more