People have lived in or around Stoke Newington Common for millennia.

The area has a rich archaeological heritage and is quite famous for the thousands of early stone-age (‘Lower Palaeolithic’ – 450,000 to 100,000 BC) hand-axes and other tools and items found here. These have been dated to approximately 400,000 years ago. Most were found during the extensive house building in this area in the late 18th century. Most are now held by the British Museum, the Museum of London, Vestry House Museum in Walthamstow, and in Bromley Museum.

Below is a picture of flint axes found locally and now on display in the Museum of London. Numbers 10 and 12 were found in Stoke Newington Common, number 11 in Clapton, and number 9 in Abney Park Cemetery. 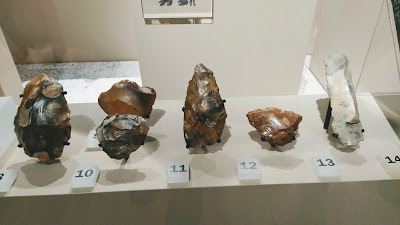 This map shows where some stone age and Roman items were found: 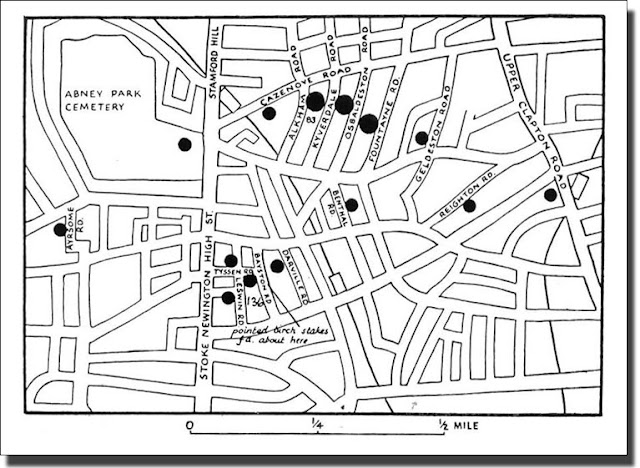 Later on, the area was likely to have been used by the Romans, as evidence of Roman burials and other artefacts were found near Stamford Hill (then called ‘Ermine Street’) and the Upper Clapton Road. One of the Roman stone coffins found contained a female skeleton (Pozorski and Higgs, 2009).

It is believed that people started settling in Stoke Newington in the Anglo-Saxon period, and that the name 'Stoke Newington' came from the Saxon place-name ‘new town in the wood’ (Weinreb & Hibbert 1983, p851). By medieval times, a number of roads had been developed in the area and housing expanded, mainly along the current High Street/ A10, Shacklewell Lane and Upper Clapton Road.

The Common was originally called 'Cockhanger Green', then 'Newington Common', but Stoke Newington Common has been the name since at least 1870. Historically, as the name suggests, the Common was commonly owned land: local people used their rights to use the Common to graze their livestock. It was considerably larger than it is today, as strips around the edge were used for private farming and housing in the 18th and 19th centuries. The maps below are dated 1745 and 1761 respectively. 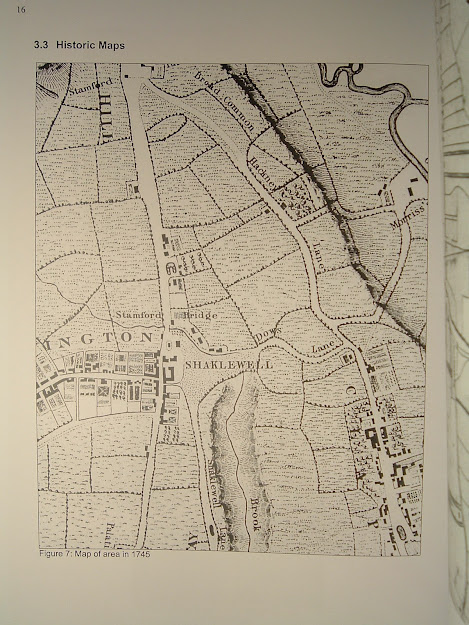